Act 4 is led by Diablo, the game’s namesake antagonist, who serves as the boss of that act.  Travel to the River of Flame Waypoint, then head northeast across some rectangular platforms to reach the Chaos Sanctuary.  All things considered, he is one of the easiest bosses to reach.  If you’re a Sorceress, you won’t have to waste time like you would with almost every other boss in the game looking for stairs down; instead, you can just teleport straight to your destination.

READ MORE:  Instructions on How to Locate Lhutel the Headless in Elden Ring

You can find Infector of Souls, a Venom Lord with the “Extra Fast” and “Spectral Hit” properties, lurking in the southeast corner of the Chaos Sanctuary.  He has the ability to hit multiple targets with a single attack.  He is the leader of a group of Venom Lord’s minions. 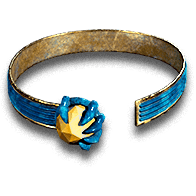 In order to provoke Diablo, which is a fairly lucrative task in Hell difficulty, you are going to need to eliminate all three of these Super Uniques.  In addition, the Chaos Sanctuary is home to Doom Knights, which are melee foes that are immune to fire; Oblivion Knights, which are casters that are immune to cold; Storm Casters, which can steal mana with homing missiles and are immune to lightning; and Venom Lords, which breathe fire and are both melee and caster enemies that are immune to fire.  Oblivion Knights are the most dangerous of these adversaries because they can attack you with curses that make you more susceptible to attacks from other enemies, such as Amplify Damage, Decrepify, and Lower Resist, and they can also throw bolts of elemental energy at you.  Aside from the seals and the Super Uniques that are spawned by them, there are no other foes that strictly speaking need to be eliminated on the way to Diablo; these foes will all vanish once Diablo appears.

READ MORE:  On the Lost Ark Drumbeat Island you can find quests for island tokens and the rewards for completing them

It goes without saying that Diablo will spawn in the pentagram-shaped center of the Chaos Sanctuary, which isn’t exactly the best place to engage him in combat. . .

It is possible to defeat Diablo without too much trouble, although this does depend on the resistances you have built up and the class you play.  If you are a caster, you should try to lure Diablo off of his pentagram so that you can freely circle him, which will allow you to avoid the majority of his attacks.  If you are a melee fighter, things are going to be more difficult for you.  You need to be extremely cautious of Diablo’s movements because he has two attacks that will inflict intolerable punishment on enemies who are standing still.  Resistance to fire should be your top defensive priority when going up against Diablo because it will reduce the damage type that he deals the most frequently, including the attack that is the hardest to avoid but is by no means the most dangerous.  Lightning resistance is a tertiary ability, but it is still useful.  Although you should try to avoid Diablo’s Lightning Inferno attack whenever possible, having resistance to lightning will prevent even brief exposures from killing you.  Last but not least, protection from freezing is a much-appreciated perk, particularly for close-ranged attackers.

One of Diablo’s attacks is called Flame Nova, and it is an area-of-effect burst that has a very large radius and a very short cast time.  It is highly likely that you will be struck by it, and although it does relatively little damage, it can slowly drain your life.

Fire Wall is essentially the same as the Sorceress spell with the same name.  In the case of Diablo, it is not particularly impressive in either terms of damage or radius; rather, it is simply there to keep you moving, which is something that you should be inclined to do anyway.

Flame Torrent is a powerful ability that fires a wide swath of flame that begins at Diablo and moves in a straight line forward.  This deals significant damage over time and should not be tanked in any circumstance.

Lightning Inferno: Arguably Diablo’s most damaging attack is his aforementioned Lightning Inferno, which casts a gout of red lightning and deals an incredible amount of damage.  Lightning Inferno is the name of this ability.  This attack has a continuous stream of damage, and Diablo will rotate his body as it is cast.  When he does this, you have little other option but to flee, and if you’re playing a D2R melee build, you’ll need to keep a close eye on him in order to see him rear back for this attack.  Once you see him cast it, do not let your guard down because he is more than happy to launch several of these in succession in rapid succession.

READ MORE:  On the Lost Ark Drumbeat Island you can find quests for island tokens and the rewards for completing them

Diablo will infuse his hand with ice and then touch an enemy that is nearby.  This ability is called “Freezing Touch. “It has a surprisingly long animation, but the damage it deals is relatively low.  However, it does slow down the enemies it hits, which makes it harder for them to defend themselves against subsequent attacks.

Kitty Diablo’s charge consists of him getting down on all fours and charging at you while ending his gallop with a claw swipe.  Although it doesn’t deal a lot of damage, it is one of the ways he can punish ranged characters.  On the other hand, his tracking and speed aren’t very good, so you can usually just get away from him by running.

Bone Prison: Diablo will use this to chastise characters of dubious valor; if you create a Town Portal too close to Diablo or run away frequently, you may find yourself uncomfortably trapped and unable to deal with any of Diablo’s high-impact attacks.  If you create a Town Portal too far away from Diablo, you will not be punished with Bone Prison.  Naturally, a Sorceress can escape danger by using the teleportation spell at any time.

In Normal mode, Diablo has a resistance of 33% to most elements.  In Nightmare mode and Hell mode, his resistance increases to 50%, and in Hell mode, he has a resistance of 100% to drain.  Because of his limited mobility, his attacks can be avoided for the most part, and he does not have any minions to distract you, he is an easy target for many characters, especially the Sorceress.  Fortunately, his mobility is restricted.

When it comes to farming, Diablo is only ever farmed by himself very infrequently. . . The entirety of the Chaos Sanctuary is a level 85 zone, and within it, players have a chance of finding almost every item in the game.  It is a profitable area to farm due to the presence of three Super Uniques as well as a variable number of Champion and Unique monsters.  Diablo is merely the demonic icing on the cake.  However, it is possible to teleport past the majority of the monsters, kill the three seal guardians that guard Diablo’s throne, and then proceed directly to big red himself.  It is much easier to defeat Diablo than it is Baal, and he can drop almost every item in the game.  The only drawback is that running the Chaos Sanctuary is more difficult than running other level 85 areas; you’ll need good resistances to survive, especially due to the curses cast by Oblivion Knights.  This is the only downside to the Chaos Sanctuary.  In contrast, Diablo is a simple target for any hunter.

Digital Signatures and How to Use Them in PDFs